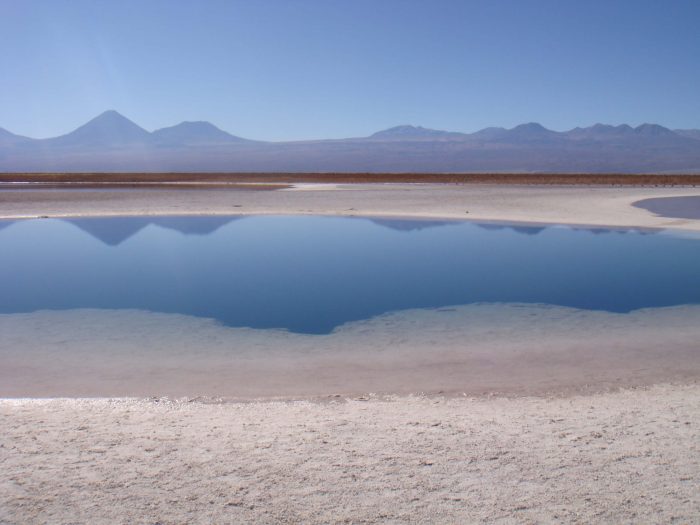 A Chilean friend had gifted me one of her scarves when I was leaving La Serena – and I certainly needed it in San Pedro as I hopped off of the bus.

In the middle of the Atacama desert, beautifully barren surroundings envelop the small but bustling town.

There were enough tours to keep even the most tour-happy-tourist busy, including the popular multi day adventure to the salt flats that are largely in neighbouring Bolivia. Time and money against me I instead opted to rent a bike and explore the local area.

My good mates from Panama and Colombia, Ruairi and Jean were also in San Pedro, so after a quick catch up we rented some bikes and shot off down to some fairly nearby lagunas. Cycling in the desert was a cool experience – and you could taste the dryness and sand in the air.

The lagunas didn’t look like much when we first arrived, but after walking down to them they took on a beauty of their own (pics below). We headed back to San Pedro in time to watch Argentina v Switzerland (priorities) and then Ruairi and Jean headed off south, so once again we said our goodbyes.

I had the bike for the whole day, so after watching the Argies get lucky against the Suisse, I headed back off to the deserted, armed with the basic of maps.

I chose to head to a place called Pukara de Quitor which was again recommended to me by my Chilean friend. It was only a short stop from San Pedro at around 4 or 5k outside of the town. Once there, there are a couple of different viewing points. The first only takes about 15 or 20 minutes of very steep walking for some breathtaking views out across the desert. (Top tip – don’t leave your bag at the top of the first viewpoint.)

I’d had it in my mind to bike to the ‘Valley of the moon’ after Quitor, but checking my watch it was a long way to go and it would almost certainly be night when I began the 2 hour or so cycle back. I decided instead to check out the other viewpoint in Quitor and was rewarded with what was possibly the best view of my trip so far.

The late afternoon sun made for some amazing snaps and views, and without a person in sight it was a lovely walk up to the summit with 360 degree views over the desert. As I made my way back down, I checked my watch again to see the USA v Belgium quarter-final was about to kick off, and in the small tourist hut at the foot of the Quitor an old man was sitting inside watching on his own.

I walked past, debating in my head football or beautiful valley (of the moon). I decided football and ran back to the man – asking if I could watch it with him. He merrily obliged and we watched what was probably my favourite game of the entire tournament.

An action packed game that went to extra time – I was quite happy with my choice as the final whistle blowed and Belgium were through. The sun had also set as I unlocked my bike and began the bike back to town.

The stars were out in force, and although they were gleaming brightly it didn’t help much with visibility, as I plodded along carefully on the sandy road back in the direction of San Pedro.

The occasional light on the horizon caught my eye to remind me there was life out here in the desert, but the same thought kept emerging. What would I do if I got lost here? Would I survive the night? I was pretty convinced I would survive it easily, as I was equally confident I was heading the correct way. It was a thrill nonetheless, and the desert is definitely something you don’t want to piss off.

The temperature was dropping considerably, and even as I was cycling in coat and scarf I could feel the chill getting to me – so it was a nice relief to see a wave of lights greet me as I approached the periphery of the town. I tucked myself up in the bed of my dorm under multiple covers – definitely a good job I made it back! 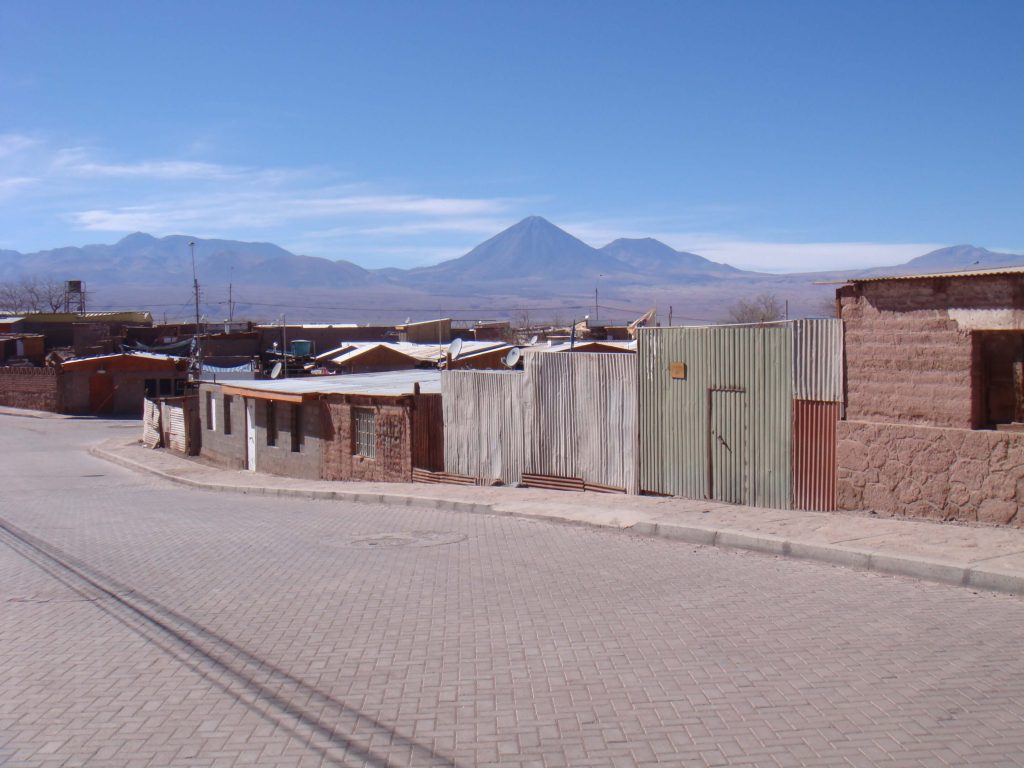 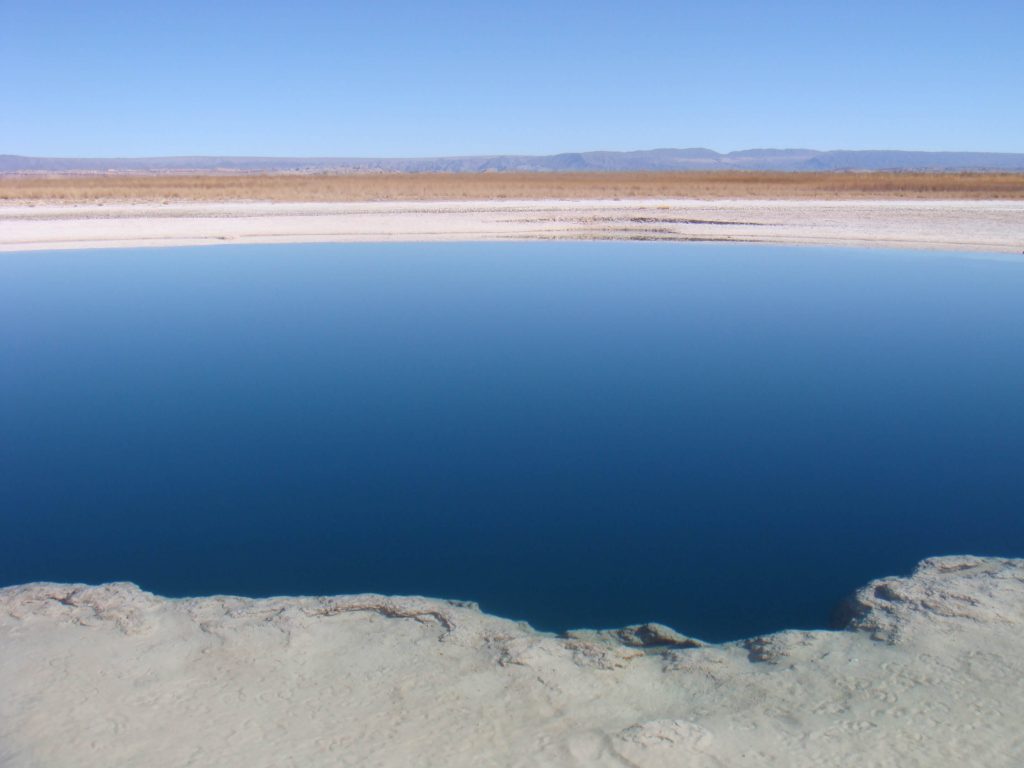 A bike ride out to a laguna near San PEdro 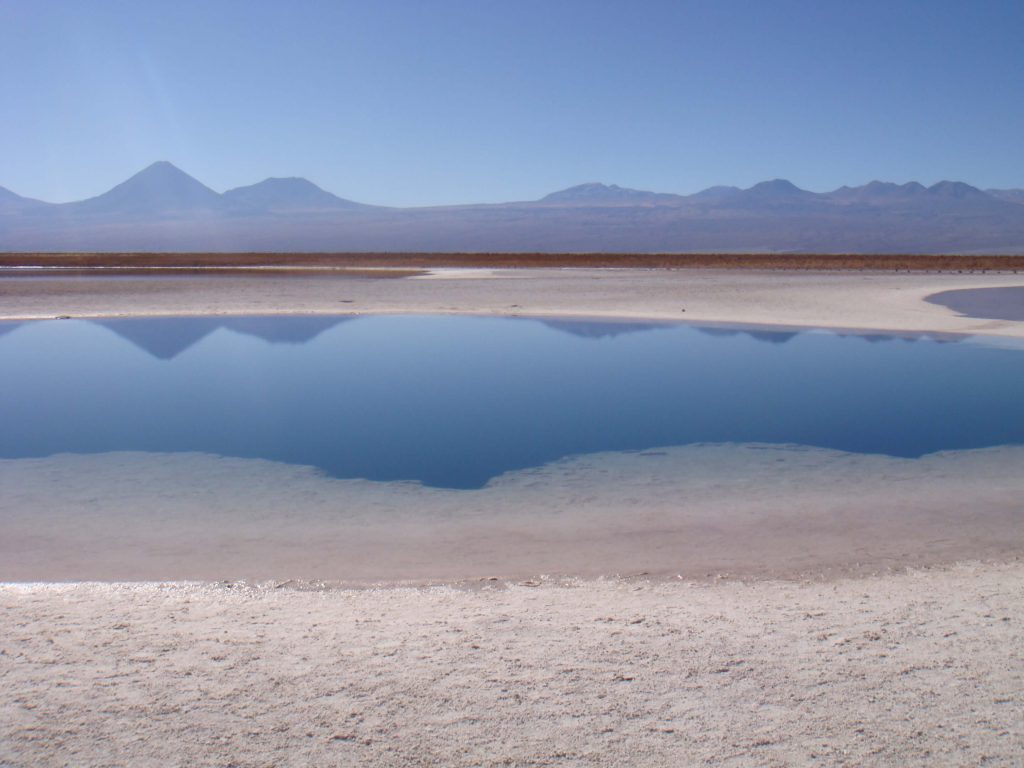 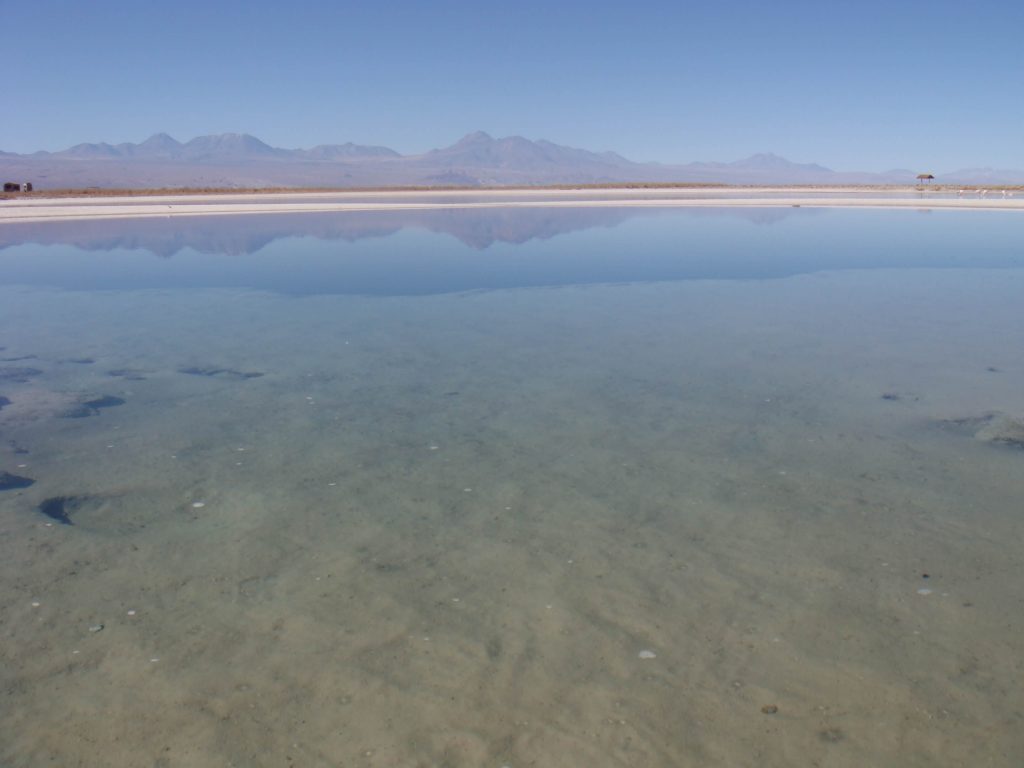 Looking out over the Atacama Desert 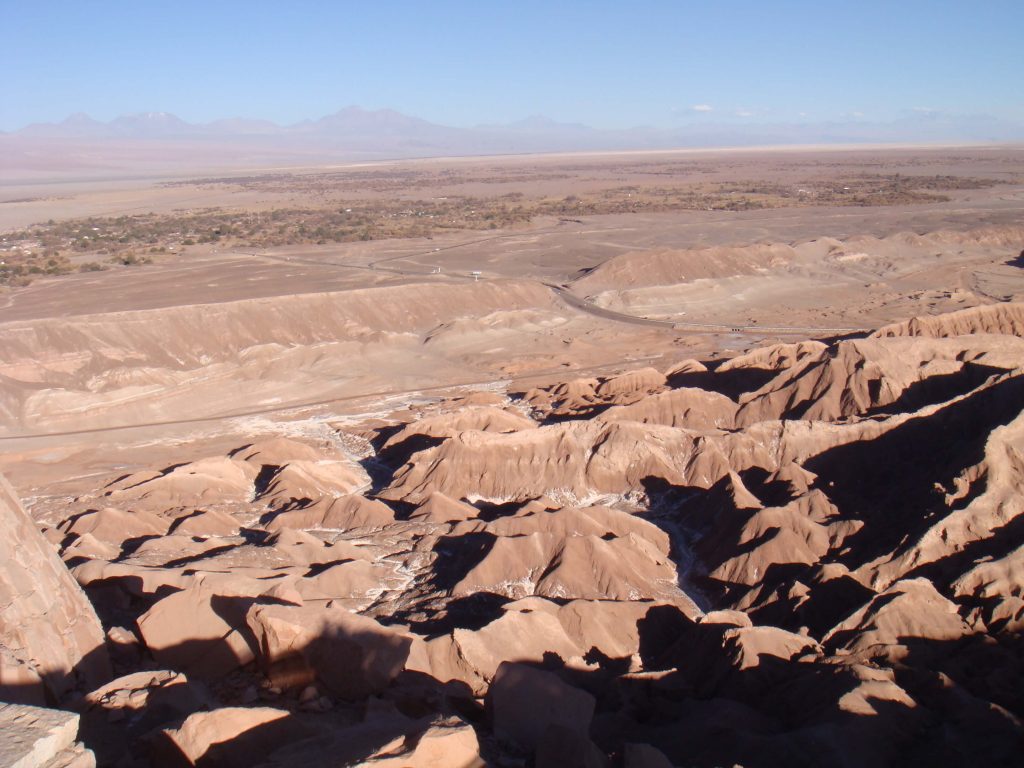 Pukara de Quitor, not a person in sight 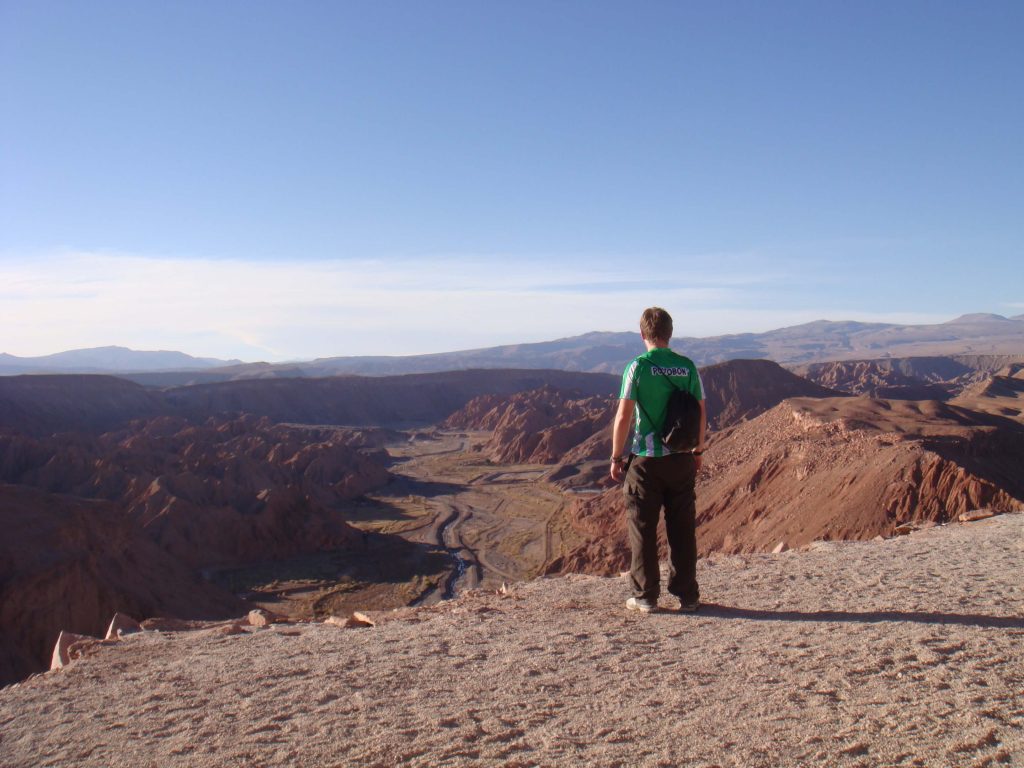