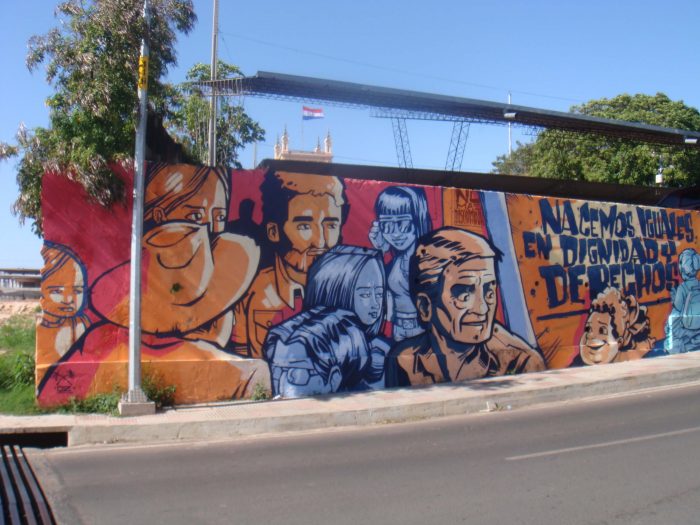 I spent the next few days passing back through Argentina on my way to Paraguay – including a nondescript couple of days in Salta which was pleasant enough but not somewhere I fancied staying too long.

When I arrived in to the capital of Paraguay, Asuncion, it seemed that my hostel had been inexplicably overrun by yanks – who I later learnt were all part of the Peace Corps.

It also turned out that they had just finished one of their placements, and there was a big ‘well done we are all awesome’ party as some sort of reward.

A few of us tagged along to the party, which looked a no expenses spared event in a large bar that had been rented out. It was there that I got talking to a yank girl at the bar.

This, in fairness, was actually a valid point. A couple of saffers and I did a runner from the yank bash pretty quickly, and ended up finding what appeared to be an exclusive club for the rich Paraguayans of Asuncion.

A bit of a wankers hang out, it was a bizarre contrast from the poverty-stricken country and yet like everywhere in the world it seems – some people will always be rich, even in the poorest areas.

I really, really wanted to like Paraguay and Asuncion – and it wasn’t like I disliked it, but as people had told me time and time again, there just wasn’t much to see or do. The yank girl had been right, why did I come to Paraguay?

Walking around Asuncion was fun for a day or so – and I managed to stumble on some sort of traditional folk / food party. Even the people selling the food and drink were eyeing me with an air of bemusement of how and why I was here, though very friendly it must be said.

Certainly in the South American leg of the trip, it was the poorest country I’d encountered. Most likely not helped by some terrible flooding in the past few months, the city centre itself was awash with temporary wooden houses and entire families living in tents, some of which were set up directly outside various government buildings.

It wasn’t all bad, and there was a quirky charm to Asuncion – particularly at night-time when brightly coloured lights lit up the various squares and buildings.

One evening I stumbled on a blues band jamming in the street – and sitting in a nearby cafe listening to this for nearly two hours was probably the highlight of my time here.

With the days dwindling down, it was finally time to head to my last country – Brazil. Though it proved harder to leave Paraguay then I’d have imagined, and for two days straight the night bus was sold out.

I made a quick call to jump on a day bus to the Paraguayan border city of Ciudad del Este, which by all accounts was a place to stay away from. Luck appeared to be on my side, as after several hours we arrived at Ciudad Del Este and after enquiring about getting over the border, I was just in time to catch the last local bus over the border to Foz De Iguazo in Brazil.

I tried to explain to the bus driver that I needed to get my passport stamped on the way over, and if the bus would stop. We didn’t seem to be able to understand eachother, but I hopped on anyway deciding to just go with it. (afterwards it dawned on me he was probably Brazilian and speaking Portuguese).

There was just two of us on the bus, as I was accompanied by a jumpy and restless Syrian guy. Halfway through the journey he demanded the bus driver let him out – calling him crazy. The bus was stuck in traffic so I’m not sure what he was doing wrong – but here I was, on a bus on my own, hopefully heading to Brazil with no idea of where to go or stay.

By this time it was late evening and dark, and I noticed us approaching what looked like the Paraguayan border. We flew over and continued along a bridge. That’s okay, I thought, as long as I get an entry stamp in to Brazil I will be fine. The other side of the bridge came and went, and although I saw what looked like a small check point, we bypassed it and besides, I didn’t think it was big enough – and the bus would be obliged to stop, surely?

After a few minutes, I noticed a few Portugeese-looking signs. Then the tell-tale A with the funny squiggle over it. I quickly asked the driver if we were in Foz, which he confirmed. Shit – I’m an illegal in Brazil! I’d have to somehow sort out an entry visa another time but for now I just needed somewhere to stay.

The driver didn’t seem to know where any hostels were, so I asked to be dropped at the nearest bus stop to the centre. As I hopped off of the bus in the middle of a random Brazilian city at night, with no idea of where to stay and having no Portuguese, the tiredness of the long journey hit me – and I just wanted a bed.

Luckily a man in a petrol station spoke Spanish and was able to direct me to a nearby hostel. On first look it looked a decent place, and not too expensive. I checked in and hit the bed – I had made it to Brazil! 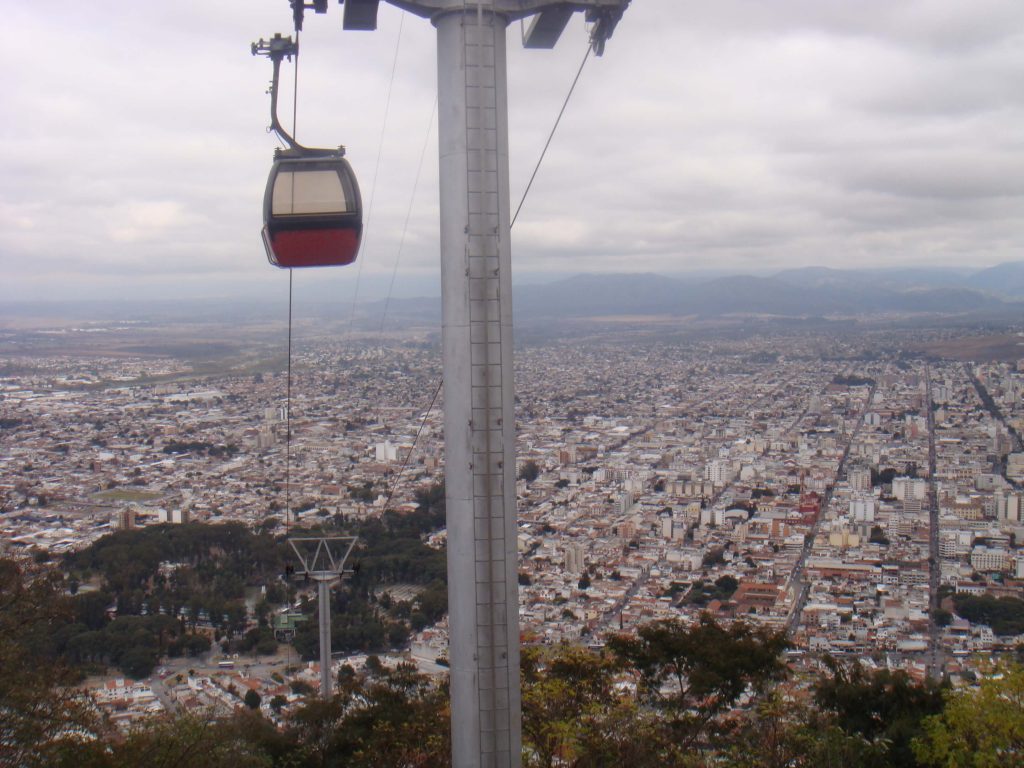 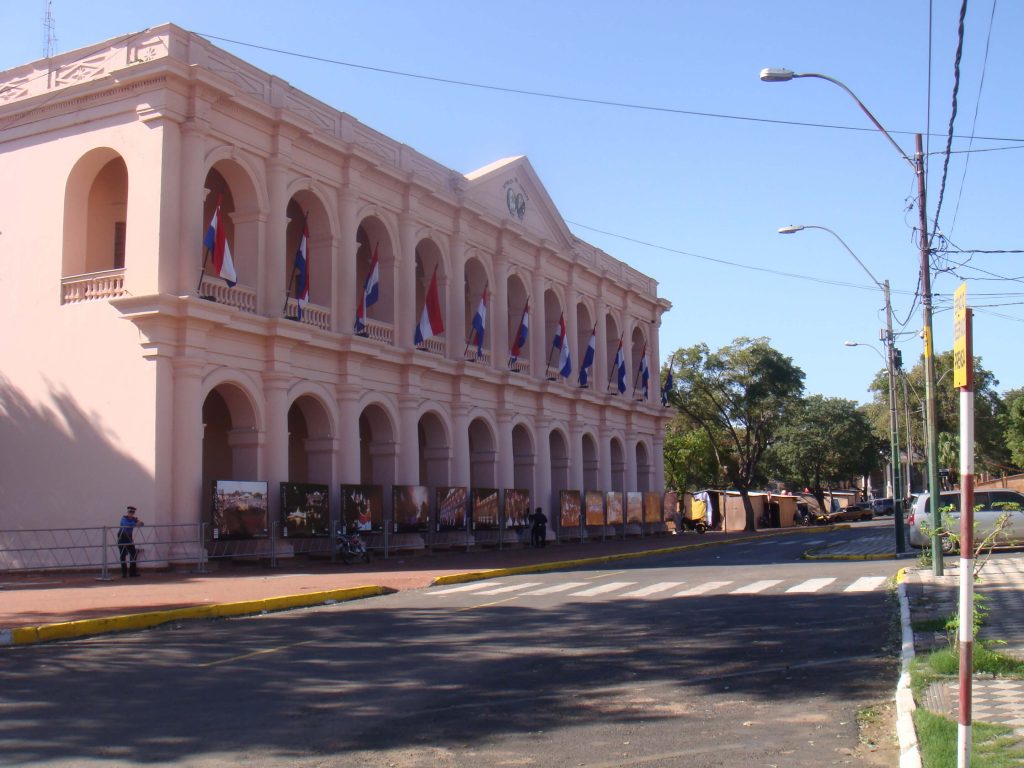 What I think is a Theatre, in Asuncion 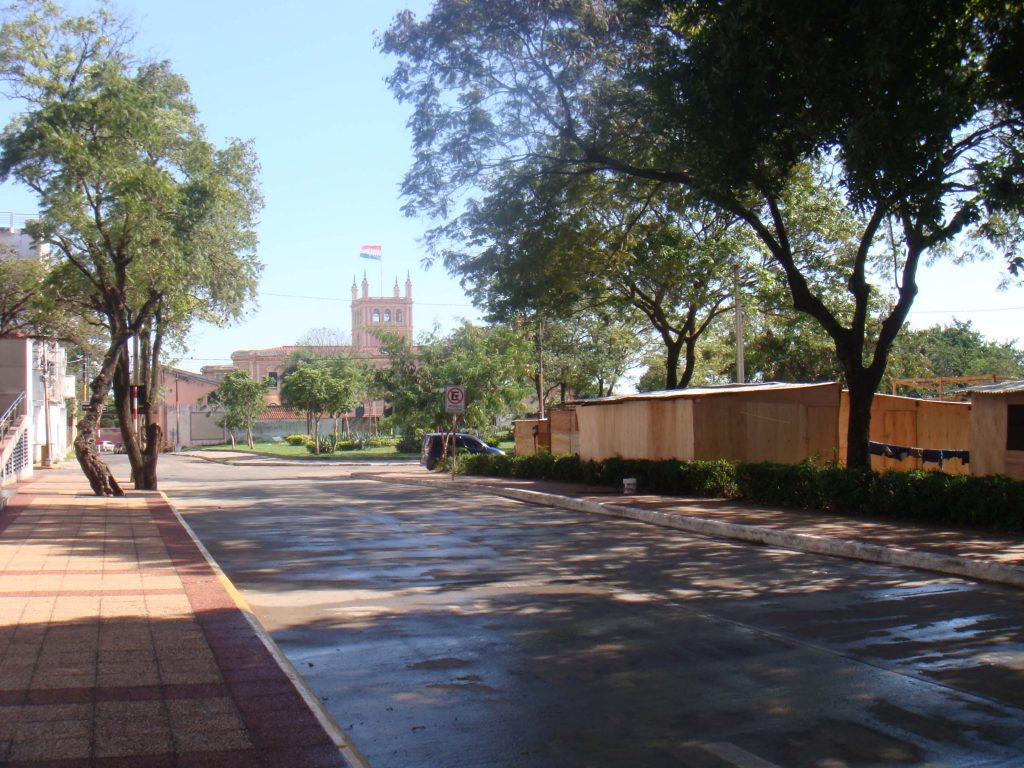 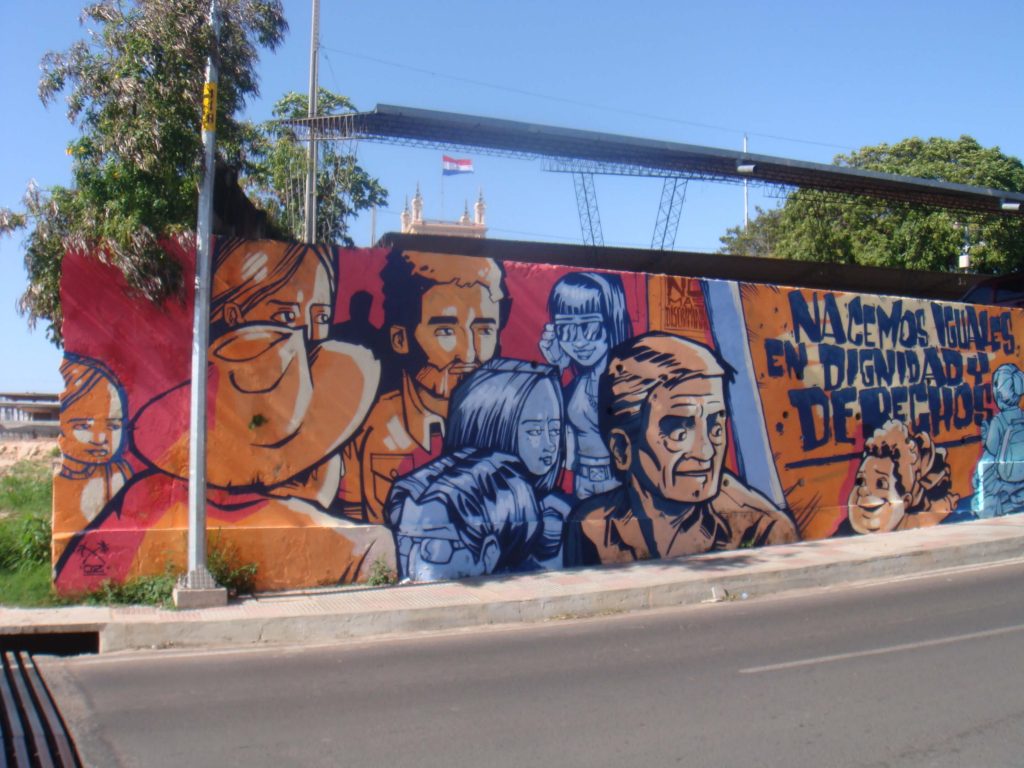 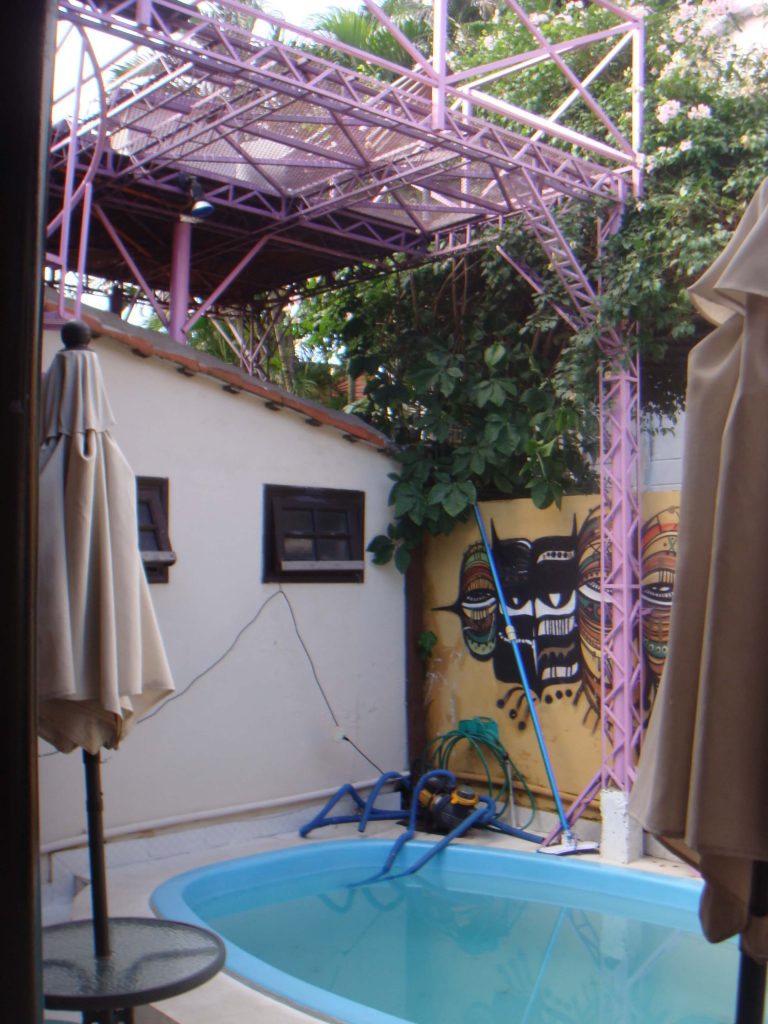