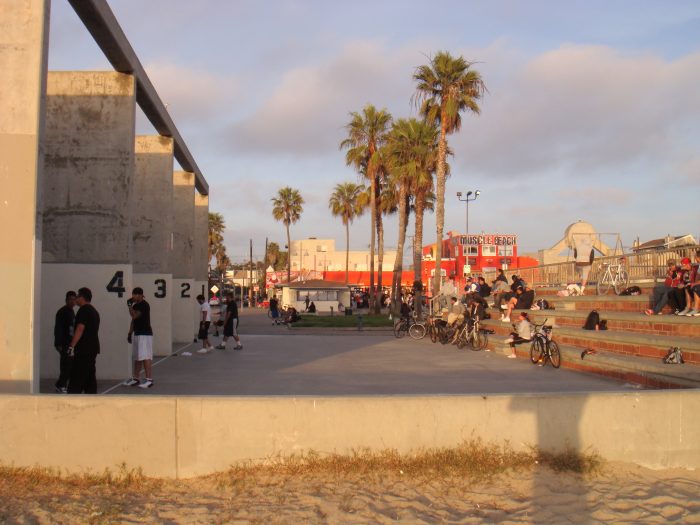 A man dressed in an American flag is running towards me. ‘I’m burning gasoline, and I don’t even need milk!’ he shouts into microphone as he passes by. The microphone isn’t even connected to any sort of amplification – no one seems to take any notice, and in that bizarre few seconds it sums up my LA experience.

I hadn’t actually planned to spend any time in LA, however my flight out of Rarotonga was delayed a day, meaning that I missed my pre-purchased coach to San Francisco – where I’d previously hoped to spend a few days before Mexico.

I must admit that there was something that unnerved me about LA straight from arriving. The edge was still firmly in place, so to speak. It is a city of extremes; extremely rich, poor, fat, beautiful, rude, friendly – and perhaps most predominantly, crazy.

The time is getting on for about midnight as I arrive outside the hostel from the airport. I had already been told that where I was staying, Venice Beach, could be dodgy at night so I was a little apprehensive as I left the taxi. Across the road two guys, who looked like they could be extras in The Wire were having some sort of gangster-esque argument. I wasn¿t too sure what was going on at first, and it looked like one of them was just shouting away and touching his balls a lot. The arguent ended up with the ball grabber yelling ‘stay off my street, damn bitch ass nigga’. Wow I thought, do people actually say that, as I shuffled inside.

The next morning I took a stroll down Venice Beach to Santa Monica. The level of homelessness was pretty shocking, perhaps mostly because there was clearly no attempt at trying to hide it. Hordes of people were sleeping on the grass banks just before the beach begins, and with all of their possessions stacked up beside them or in shopping trolleys.

Venice Beach is a complete melting pot of people, and I felt like I needed to be on guard and alert as I was walking around. I passed an old man on some DIY rollerblades playing electric guitar, a girl rapping to herself on a skateboard, guys dressed in bright green jumpsuits advertising medical marijuana after a quick ‘medical exam’ and a myriad of shady characters.

I saw an old man walking around with a piece of cardboard, and on one side it was asking for weed. As he nears a child he flips it over to reveal ‘do your homework’, then flips it over once more, and laughs to himself. I’m pretty sure that he didn’t even want to buy any weed, but was just doing it for kicks.

Combined with this were clearly very affluent people, mixing in with apparent ease as they go about their business of jogging, walking the dog, being dinner wankers, or a combination of the three.

I thought I would be counting down the days until I left for Mexico, and although I could never see myself wanting to live there, I actually had a surprisingly enjoyable experience. 25cent chicken wings, trip to Universal Studios, stand up comedy show, superb gig in an empty low lit dive bar (exactly what I was hoping to find – note to self: band name something like Immigrants wild) and actually being surprised at the ratio of friendly Americans all made it a worthwhile stop.

It certainly has endeared me to visiting more of the States, especially as everyone I met told me how good San Fran was, and how I’d have loved it. (cheers pricks).

Another time San Fran – but for now – to coin a Trevor Keppelism – I am breaking for the border.

A short walk from the craziness of Venice Beach’s boardwalk are the canals for the rich.

My boys playing some ball

Down the road from Venice Beach is Muscle Beach (where you work out, play sport, look cool and shit…) 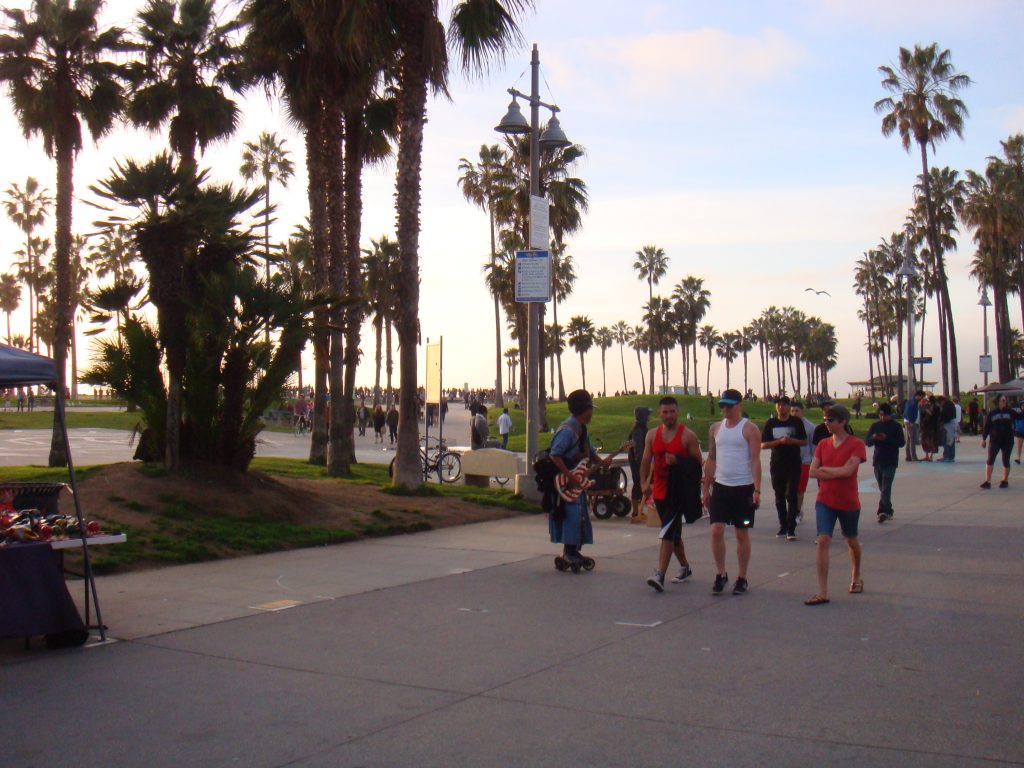 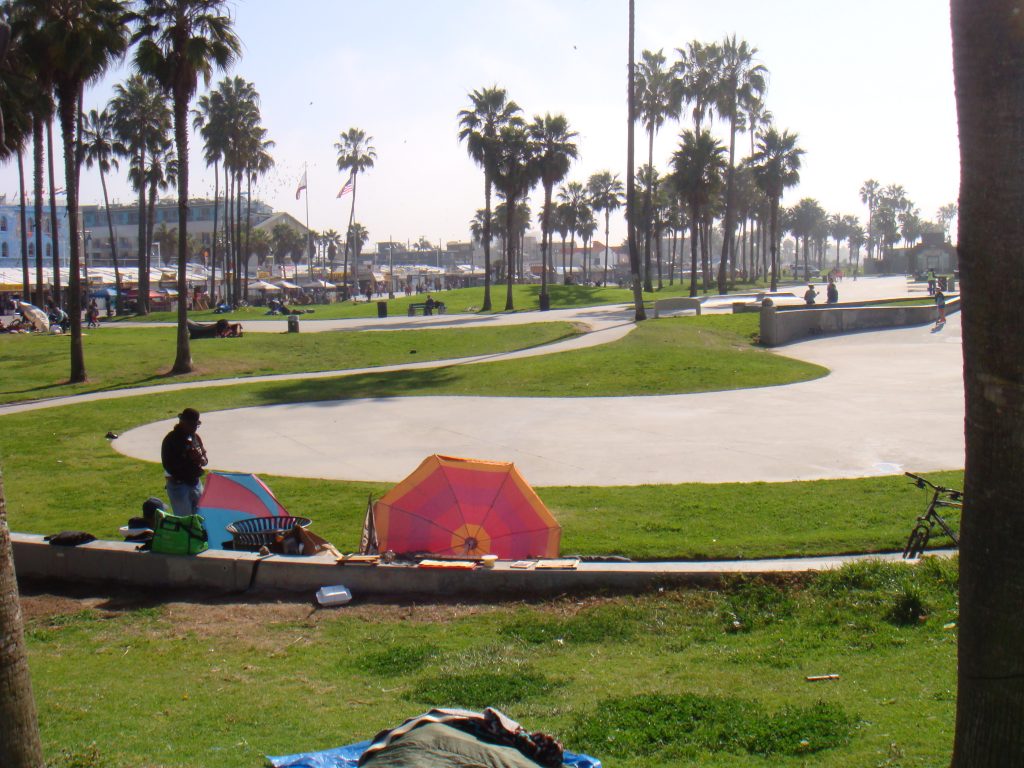 Not a great snap, but showing the grass verges where many of Venice Beach’s homeless seem to hang out