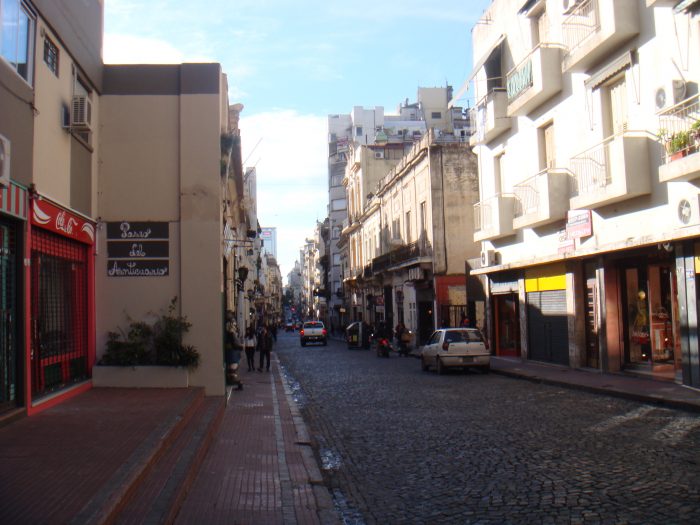 A refreshingly cool breeze blows over me as I step out in to the streets of Buenos Aires. I fight the tiredness, perhaps a little jetlagged but most likely the effect of spending around 10 hours stuck at Bogota airport the day before.

Even as airports go, Bogota’s is particularly dull and boring. Think of being blindfolded and made to sit in the centre of Slough for a week. The reason for the delay wasn’t even clear – they’d told me that it was ‘too cold’ in Buenos Airport.

I knew that it was coming in to winter down there, but for a flight to be delayed just for being a bit cold seemed a bit odd. I was met with blank looks when I politely enquired if there was some extreme weather or something, and even blanker looks when I joked about some free beer for the inconvenience.

I later checked my tablet to find that it was 13 degrees, so who knows. A slight silver lining was actually bumping in to a friend I’d met in a hostel in Cartagena a few weeks before. I’d been in the airport about 6 hours by this point, so was able to give her an insider’s tour of the top tourist attractions, the quiet spots, best places for wifi and power, and … ok I’m boring myself typing this but No matter – I made it to Buenos Aires.

My first day foray on to the streets of the Argentinian capital didn’t last long without incident. As I reached some traffic lights at a relatively busy intersection in town, a well dressed businessman looked curiously down at my feet, slowly up to my face, and then back down to my feet.

I hadn’t given it much thought, but it daunted on me that I was wearing flip flops in winter. It didn’t feel particularly cold, although it was clear everyone else had twice as many layers as I did. ‘You’re not from Argentina, are you?’ he mocks, nodding at my feet. ‘In England this is our summer’ I joke back (weather joke, nice one James..).We exchange a few words and he welcomes me to Buenos Aires – hard to imagine that happening in London I thought, as he scurried off in to the busy commuter crowd.

If you’d have dropped me in the centre of the city, I’d have guessed Portugal, Spain or Italy – it has a very European feel about it, including the people themselves. Suddenly I didn’t quite feel so far away from home, and the sense of familiarity brought a welcome change to begin with.

Particularly elegantly dressed, at times walking through Buenos Aires felt like a sophisticated catwalk. Think of a procession of girls, probably working in Human Resources for a corporate company, each trying to outdress each other and armed with their fake smiles and gossip. While not unfriendly, you never quite feel that they actually want to be talking to you, or that their time is more valuable than yours. A bizarre metaphor but I know what I mean…

It didn’t help that I hadn’t shaved or had a hair cut in what was now a very long time. After wondering aimlessly I spied a barber shop and entered with a higher then usual sense of trepidation. It’s not that I worry what my hair looks like when I come out, I just hate the experience. I’d stop short at calling it a phobia, but I’m always glad when it’s over – the forced conversation about topics you really don’t care about, and as an Englishman in Argentina I wasn’t sure my hair or ears would survive if he knew this.

It turned out to be one of the more surreal haircuts of my life, and to be honest I’m not sure I can quite call it a haircut. I was in his lair well over an hour, with only about 5 minutes of this actually cutting my hair and the rest of the time rambling on, using his hands in emphasising each point, like an Italian chef describing his favourite pizza. I’m pretty sure I came out with more hair then I started.

He talked particularly fast in Spanish, and had limited English. This didn’t stop him, and somehow he found a way to just keep talking. The conversation – once discovering that I was English – inevitably jumped between two subjects, The Malvinas (Falklands) and football. I nodded and agreed along, often not knowing what I was nodding or agreeing to, but to my surprise he actually seemed to not mind me being English.

He told me a story about his brother being in the army at the time of the Falklands War, and that he was captured by the British. Apparently the British army treated him so well while he was captured, that he now holds no grudges against us. The Malvinas though, as I was later to see on many protest flags and graffiti around the city, is still a huge agenda in the Argentinian world.

I managed to steer the conversation back to football, questioning the reasons and merits of not taking Tevez to the world cup. At the mention of Tevez, he is visibly emotional, grasping at thin air. It turns out he’s not a fan of this decision, and also not a fan of Messi – Tevez is for the people, but Messi never will be a player of the people like Maradonna, he tells me. In hindsight it was actually a view that a lot of Argentines shared when I talked to them about the world cup, but yet Messi’s face was everywhere to be seen in the build up.

As I scribble this particular note, I can see him looking over at me from across the other side of the park. His face stretched across a building, not looking entirely comfortable – a little like his relationship with the public here. I divert my gaze and continue to write.

One of the more interesting elements for me was the black market for US Dollars. Side stepping the explanation, if you are able to bring US dollars or Euros in to the country, you are able to exchange them at a far better rate then the official rate. By doing this you gain about 30% or so more, which changes Argentina in to a more wallet friendly version, otherwise you really feel the pinch after coming from Colombia.

In a particular busy street named Calle Florida, you can hear the chants of ‘Cambio Cambio’ every 5 metres or so. After agreeing the rate, one of these guys will take you to the ‘office’, which is usually a small make shift room just off of the strip. It all feels a bit like an amateur drug deal, and a little daunting the first time you hand over your dollars.

To begin with I was staying in a very cosy, family-run hostel which although a little quiet was exactly what I was after. The last few weeks I’d been starting to feel a bit fatigued, and couldn’t quite face any of the rowdier hostels. On one night I met a couple of Chileans and ended up at a warehouse rave, and another night I grabbed tickets to see Argentina v Trinidad & Tobago, as a friendly warm up for the world cup.

It appears there isn’t anything friendly about football in Argentina, and I was amazed to find the tightest security I’d ever seen at a game. It took about 40 minutes before we were eventually inside after about 3 full body checks. Are they really expecting any trouble at a friendly against Trinidad & Tobago. Fair play to the Argies – it was a great atmosphere for a friendly, with the inspiring stadium of River Plate looking close to capacity as they chanted throughout the game.

At one point an American guy we were with asked one of the locals next to us what one of the chants were, which involved everyone getting up and jumping around. He eyed him up and asked his nationality. ‘Estados Unidos!’ (USA) he boomed back, and I almost expected him to start chanting USA! USA! right there but luckily he refrained. The Argie then replied with a laugh that they are singing ‘If you don’t jump, you’re English’.

I was convinced the yank was about to say ‘But he’s English!’ and unleash the crowd on this poor pom, but again he kept his mouth shut and I was able to watch the game out with all of my limbs, which is always a bonus. It wasn’t the most exciting game, with Argentina fluffing a load of chances and eventually winning by 2 or 3 to 0, but it was great to see them play. As I left the ground I could only speculate how amazing the atmosphere here must be in a River v Boca match.

After staying a few days in the hostel I thought I would try my hand at CouchSurfing again, and was lucky enough to be offered a sofa by a Colombian girl. You never quite know how good or bad these things are going to pan out, and whether you need to be ready to jump out of a window to run away, but it couldn’t have gone any better. My Buenos Aires trip would have felt a little average and lacklustre had it not been for this, and we exchanged plenty of music, drank probably a bit too much wine and had lots of fun hanging out and talking in our own version of Spanglish.

The city, at least the parts I stayed and saw, felt very safe and clean, but lacked a little character. It was as if you had taken London but left out all of the landmarks. I spent several days aimlessly wandering, as I often love to do in cities, but there was something about it that just didn’t capture my imagination.

On one of the random walks I ended up in a park buried in my book. As I finish reading I spy a football game across the park, which I amble over to. It looks a decent standard – maybe 7 or 8 a side – as I watch for a few minutes before asking if I can play. It looks semi organized, so I half expect to be knocked back but they welcomed me in and gave me the nickname Rubio.

It was certainly the most competitive game I’d played in, and after misplacing one of my first passes to someone who I thought was on my team, I copped a huge earful by the self-appointed captain of our team. A huge guy, who was probably a skilful player in his day, now reduced to being an overweight defender, desperately dragging his hulking frame at scared opposition within his arm’s length.

Nothing friendly about this game I thought, but I had won them over by the end with a few audacious long range efforts, and we were borderline friends. As the match drew to a close after a knackering hour or two, I thanked them and went to go on my way when they called out that in 2 days time they would be playing again, and to come down. I agreed excitedly, thinking to wear some more football-useful clothes and shoes, and as I was five minutes down the road I suddenly remembered that I had already spent 50 dollars on my ferry ticket to Uruguay in that exact morning.

Could I forfeit this just for a football game? It was tempting, but no. Two days later as I was on the ferry over to Uruguay, with the beginning of a cold starting to kick in. Maybe I should have stayed in Buenos Aires and gone to the football game I pondered as the ferry drifted towards Uruguay. 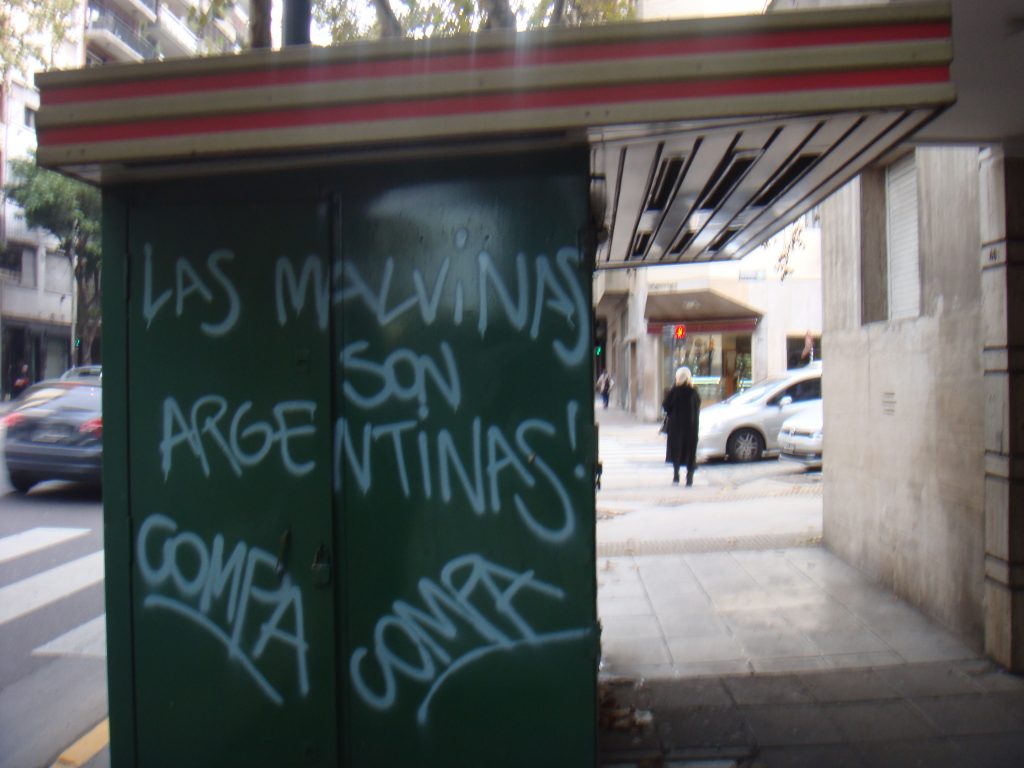 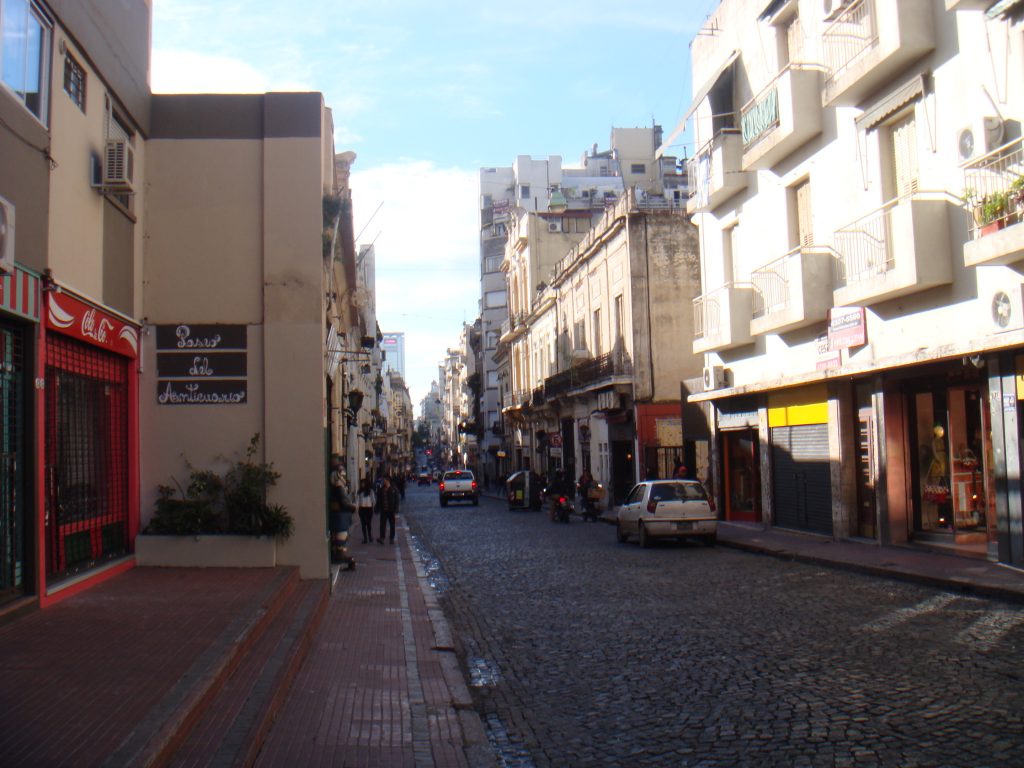