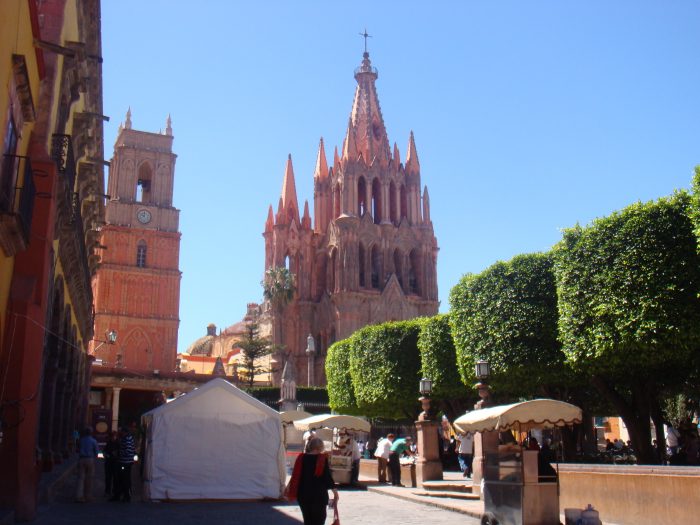 I was pretty tired on the bus from Guanajuato to San Miguel – and they are ridiculously comfortable buses for some reason – completely unlike anything I’ve travelled on before coming to Mexico, and these are classed as Economy. Can only imagine first class comes with some sort of extra services… But alas the bus seemed to be full of latter middle age american women. This should have probably been a warning sign of things to come, as I struck up a conversation with one next to me who was well into her 60s.

As we approached the bus station I commented that I was nearly ready for bed. She looked at me curiously and replied ‘well I’m ready for the bar’. That’s the spirit i said, and i knew instantly that id have to at least attempt going out. I couldn’t be outdone by a woman who, with all respect, was not the quickest to get off the bus and spoke absolutely no Spanish. Peer pressured by a woman nearly three times my age, not a life highlight so far I must admit.

After my dropping my stuff off at the hostel I went searching for some Tacos and a dive/local/not filled with tourists bar. Both feats proved difficult, as San Miguel was an absolute dinner wankers’ dream. Like some sort of 18-30 club but for the 50 – 70 year olds, all dressed up to the nines, talking loudly about the problems their kids were having in selling their 2nd holiday home in the south of France. I had to make do with a cheap burrito place to grab some food and a beer, returning to the hostel a little despondent.

The next day I walked for almost the entirety of it. San Miguel is pretty, no doubt, and you could fill a harrods-sized souvenir shop with hundreds of different post card shots, but nothing snaps you out of a Mexican dream like a loud American accent, to which they seemed in the majority. I was pretty glad to be moving on after 2 nights… It was just not my cup of San Miguel Tea* Allende 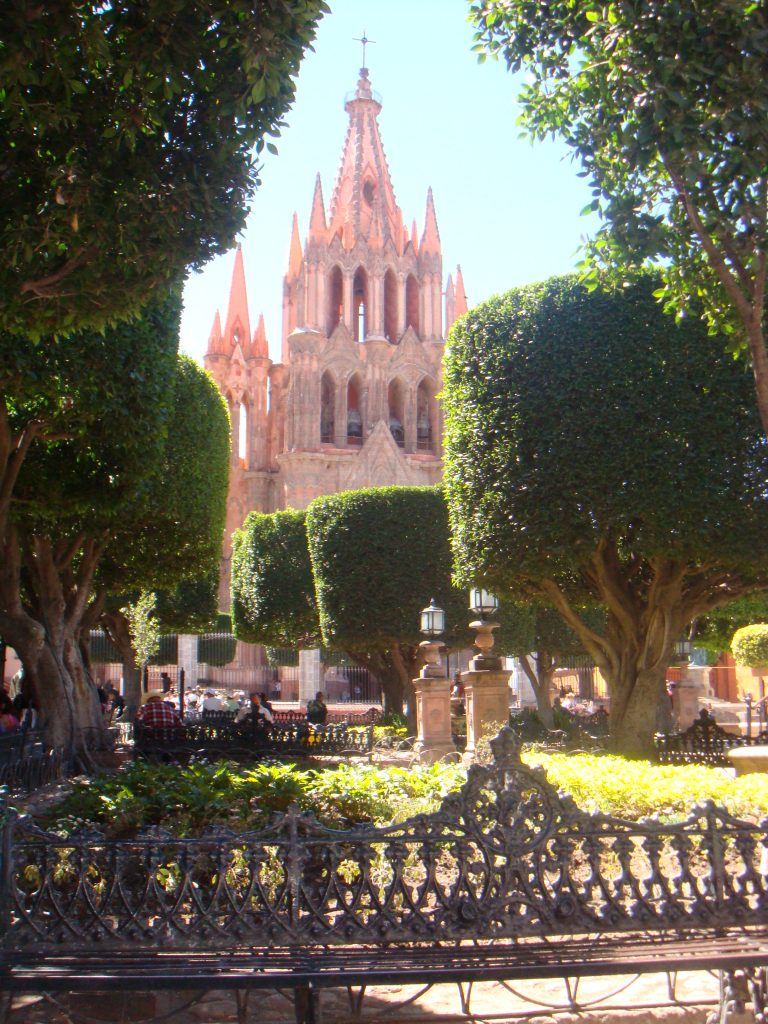 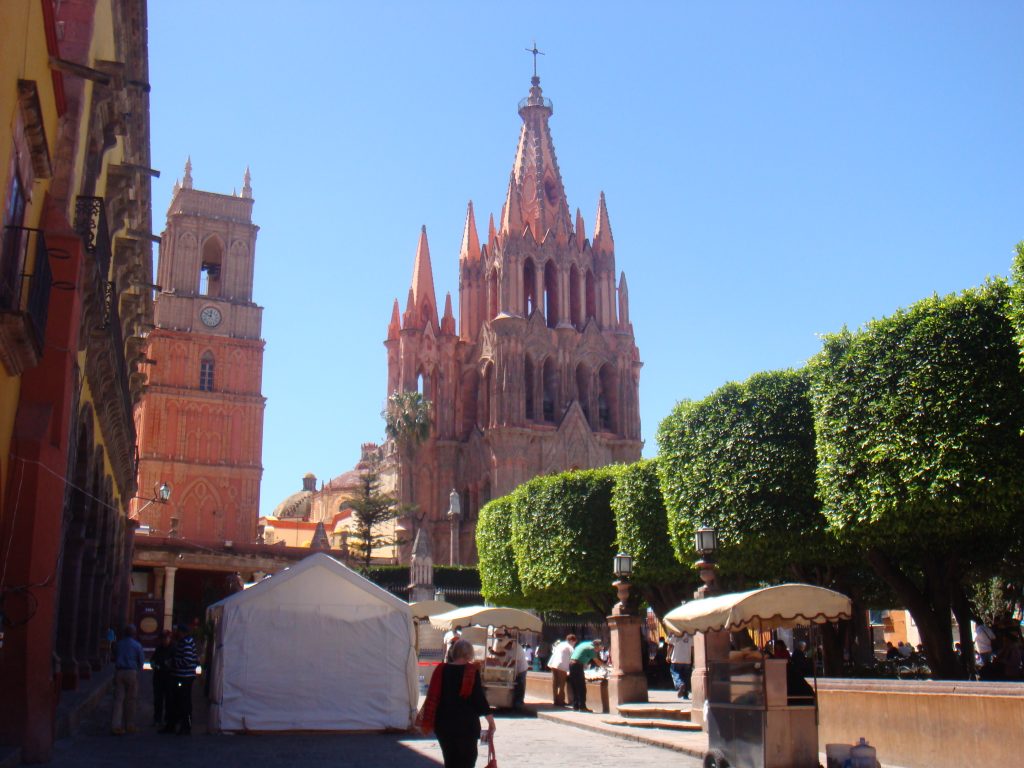 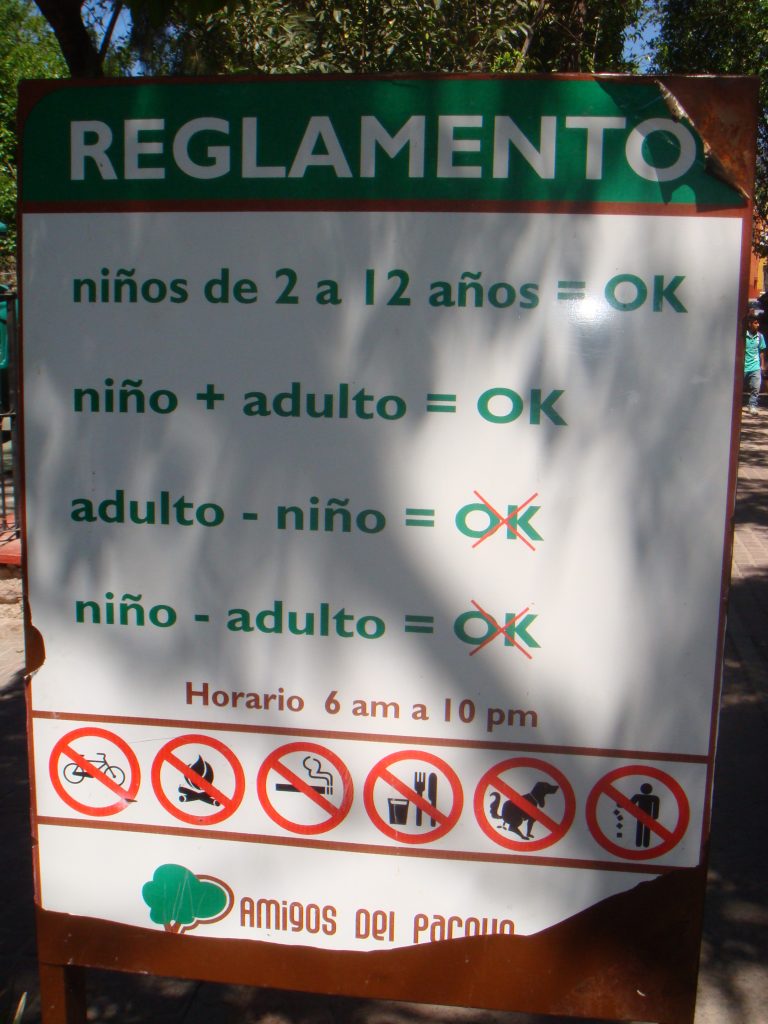 Interesting way of saying who can use the playground 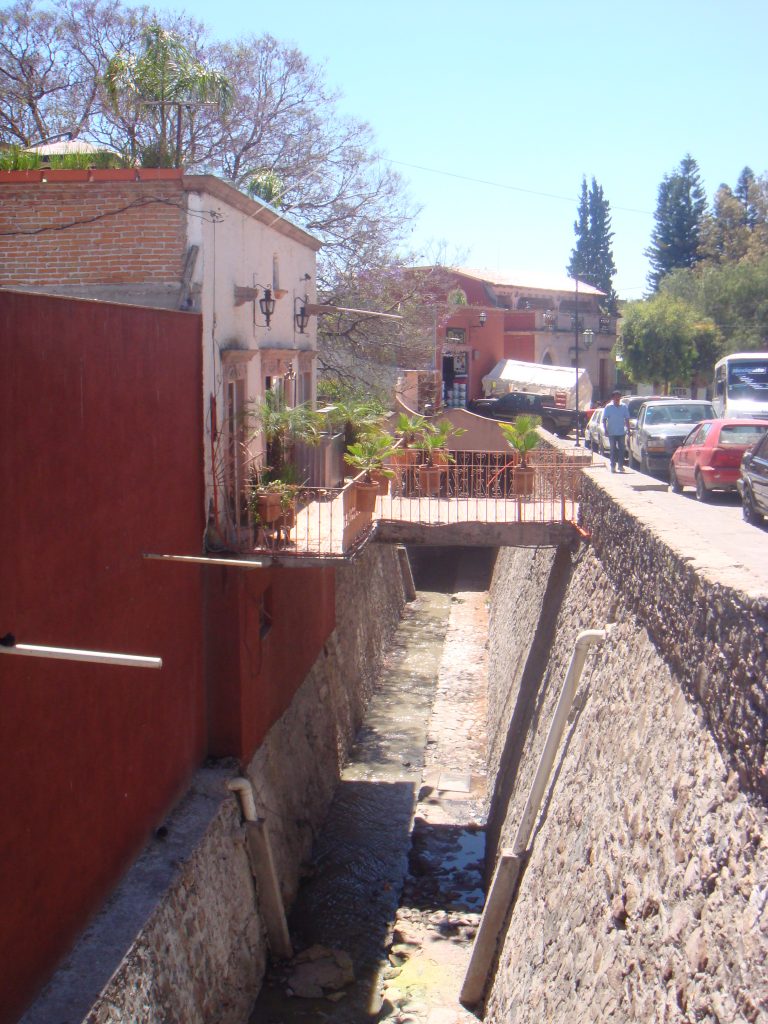 I’m not a structural engineer but… 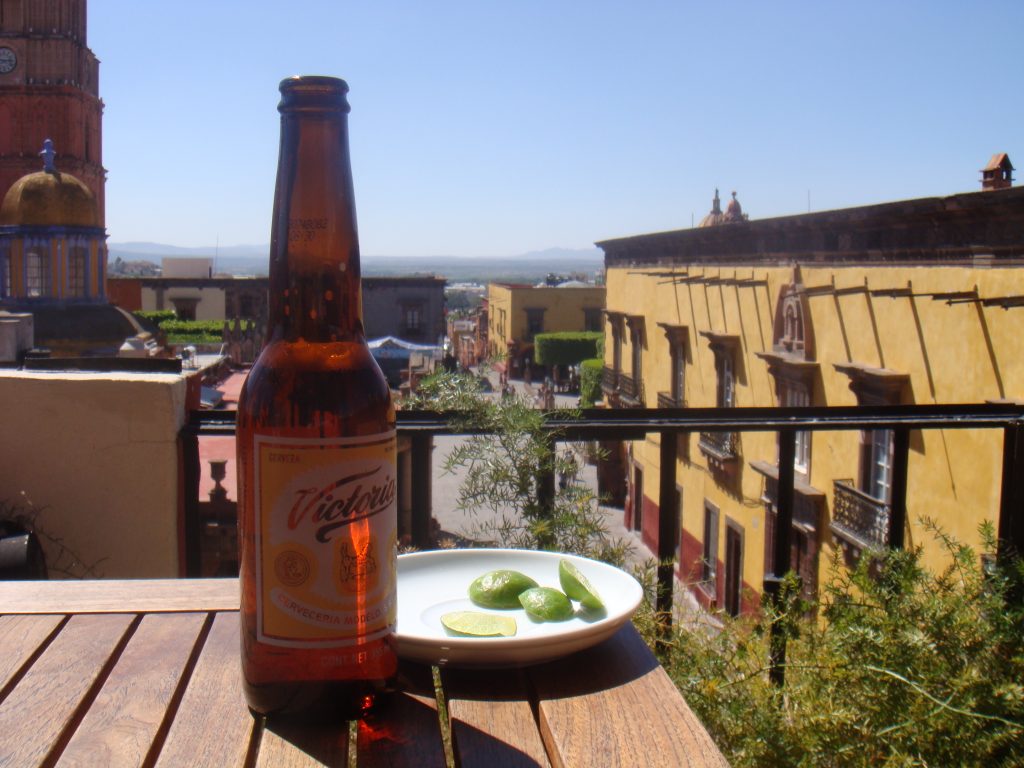